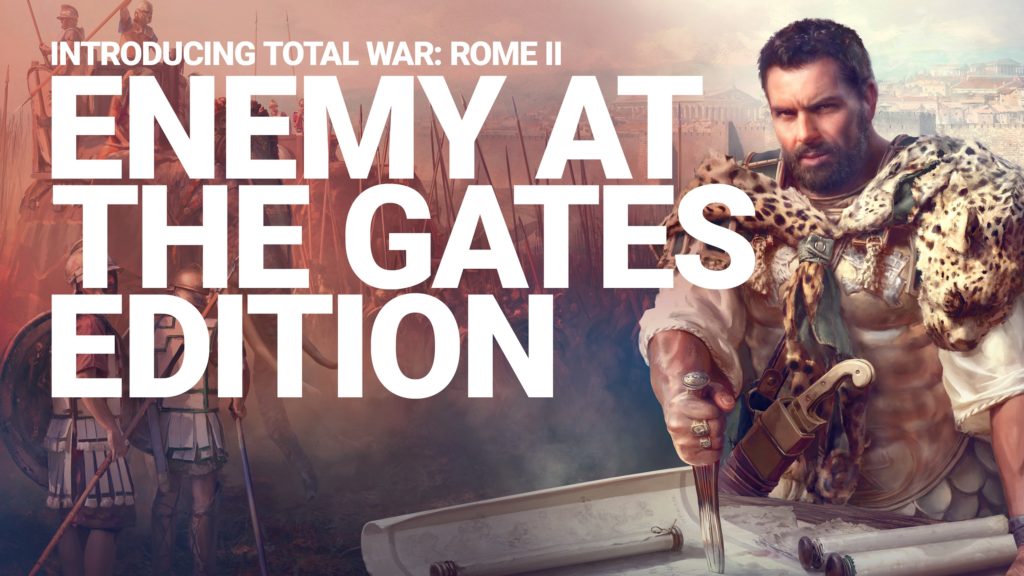 If you are an old school gamer who prefers his games in physical form, or simply a huge fan of Rome 2 Total War, then this just might be the right thing for you!

Total War: ROME II – Enemy at the Gates is the definitive edition of ROME II. It includes the original game and its greatest expansion packs, allowing you to immerse yourself in the multi award-winning strategy classic and forge an empire that will echo throughout history.

WHERE CAN I GET IT?

Total War: ROME II – Enemy at the Gates Edition is available from select physical retailers in certain territories around the world, and features brand-new box art by Marius Kozik. Please check with your favourite stockist for details.

Included as part of the Enemy at the Gates Edition is:

Additionally, the Enemy at the Gates Edition includes the latest updates to the ROME II base game and DLCs from the get-go:

Enemy at the Gates contains all free feature updates since the game’s release in 2013, which includes bug fixes, balancing, Twitch.tv integration, touchscreen, and Mac compatibility.

Will you defend the great city of Rome, or tear down her mighty walls?