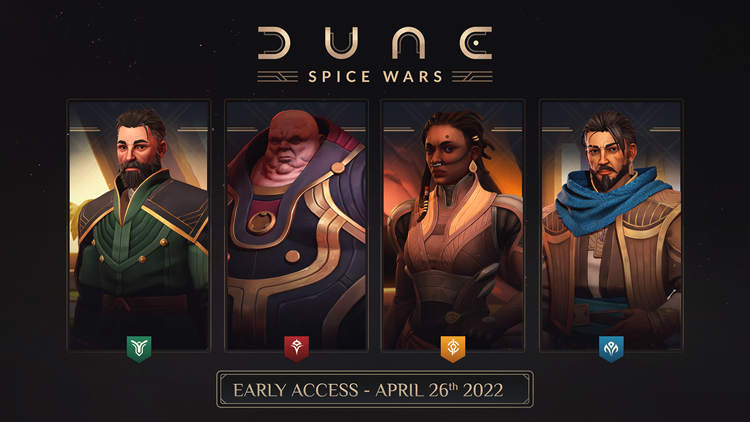 It has been over two decades now that gamers could set (virtual) foot on Dune and play Westwood’s Dune 2000 (came out in 1998, actually) and three decades since the original (O.G.) Dune 2 came out that defined the genre to this day. Now, it is time to return to the desert planet Arrakis and farm the most precious substance in the known universe, the spice.

The spice must flow

The latest Dune movie from 2021 (which, by the way, was not that bad at all) has reinvigorated the interest in Frank Herbert’s epic novel(s), and we are glad to see an accompanying game.  Dune: Spice Wars are defined as a “union between real-time strategy and 4X elements” which gets a seal of approval in my book right away, although the 4X part IMHO is best reserved for space strategies. Once again, we get to play as either Atreides, those insufferable “do-goodies”, the vile Harkonnen, Smugglers, or Fremen, the latest announced faction, although to absolutely nobody’s surprise.

“With a greater capacity to move across and withstand the open desert, less chance to attract colossal sandworms, and an improved ability to ally with hidden Sietches (neutral native settlements), the Fremen are uniquely poised to expand their area of influence in order to control the planet.” No doubt will the infiltration and notorious Fremen elusivness play a vital part in this game. 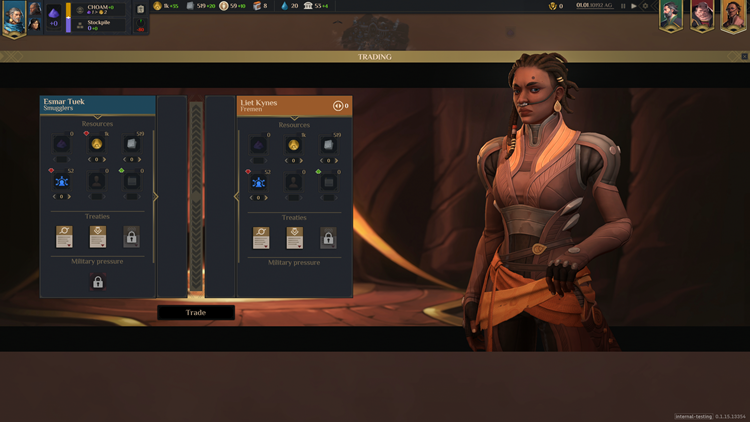 “With so many massive Dune fans in the studio, the excitement I see every day of working with this universe is very real, and we hope this comes across in the game,” says Sebastien Vidal, CEO of Shiro Games. “With all this passion for the source material, and all the know-how we’ve gathered from making Northgard, we can’t wait to put this game into players’ hands.”

Besides publishing Dune: Spice Wars, Funcom is also developing an “open world survival multiplayer game” set in the Dune universe. Err, I don’t know about that. I am old enough to remember Funcom’s “Age of Conan”, its (exaggerated) potential and subsequent demise as yet another failed “WoW killer”. Not holding my breath on this one.

But Dune: Spice Wars has peaked my interest, and I am keeping it on my radar.