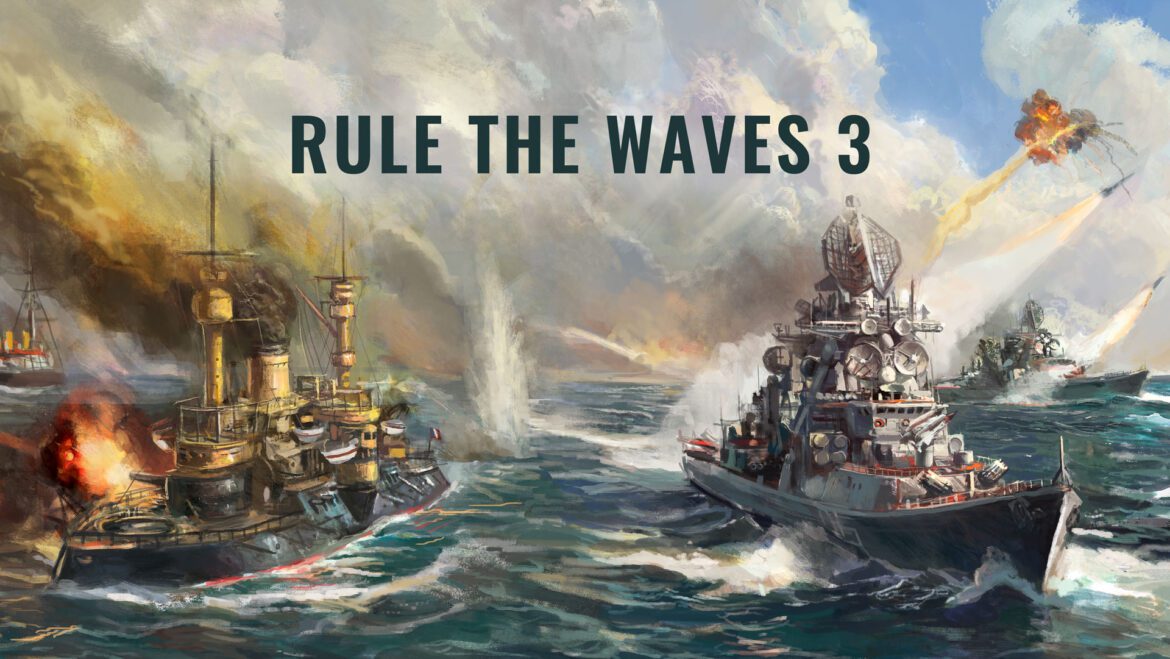 Matrix Games and Naval Warfare Simulations are partnering to release the upcoming ship design and naval simulation Rule the Waves 3. This new cooperation between two of the most renowned brands in the wargaming community will bring new life to a franchise recognized as the best-in-genre by thousands of players worldwide.

“We are thrilled to start a new collaboration with NWS,” said Erik Rutins, Operation Director at Matrix Games. “We strive to give more visibility to key wargaming franchises and make them available to a broader public, and Rule the Waves has always been one of our favorite series in naval wargames. We look forward to working with NWS to expand its audience and allow more players worldwide to enjoy this title’s depth and accuracy”.

NWS is a US-based developer and publisher of both digital and physical naval simulations. The release of Rule the Waves 3 is the first collaboration between Matrix Games and NWS. The game will release on the Matrix Games store, Steam, and other third-party stores in the first quarter of 2023.

Build Your Navy, from pre-Dreadnoughts to Aircraft Carriers and Missile Cruisers!

Rule the Waves III is a simulation of naval ship design and construction, fleet management and naval warfare from 1890 to 1970. and will place you in the role of ‘Grand Admiral’ of a navy from the time when steam and iron dominated warship design up to the missile age. Rule the Waves III will let you design and build the ships of your navy, and lead them into battle when war erupts. You will guide your navy’s deployment, construction and operations during a period of great technological innovation and political tensions. While the game derives much of its technology and events from ‘actual’ history, you will find that you forge your own new history each and every time you play!

*Manage your naval budget, and deal with interfering Kaisers, presidents or navy ministers as well as a variety of historical events including naval treaties.

*Realistic design of ships ranging from corvettes to battleships and aircraft carriers.

*Research and technical development will determine ship design and tactics.

*Submarines, airships, aircraft and missiles will all appear and change the naval balance of power.

*Build, train, maintain and fight with your own ‘ideal’ navy.

Join the beta test for Rule the Waves 3 now!