A love letter to Heroes of Might and Magic, or a Wielder of Magic on its own right? 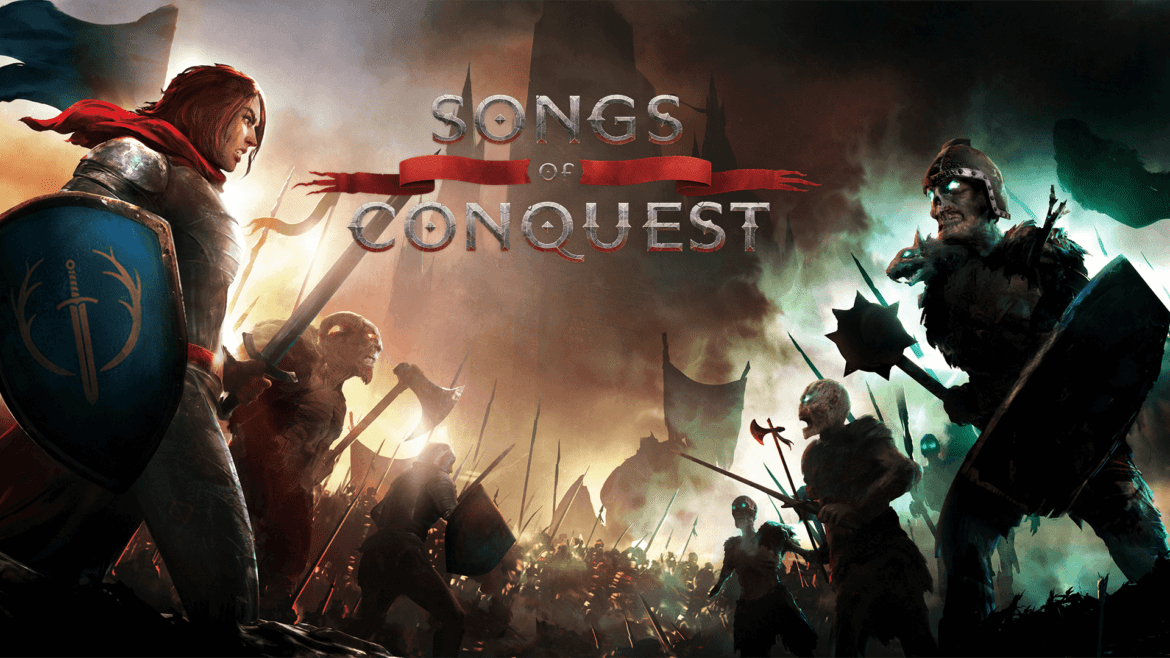 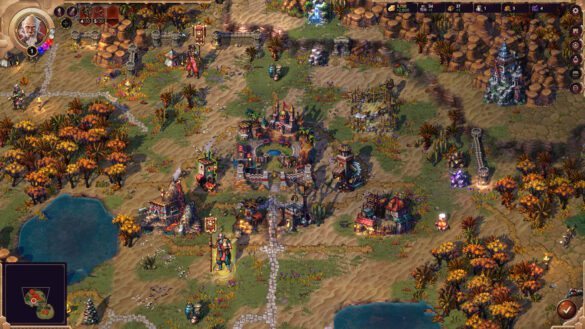 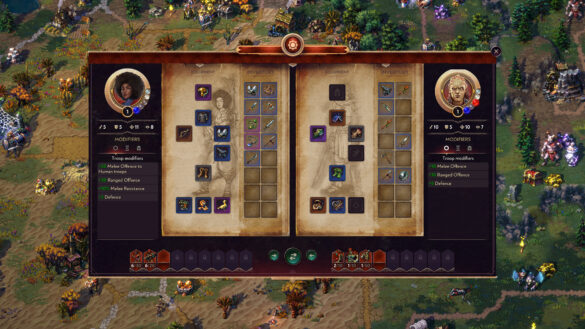 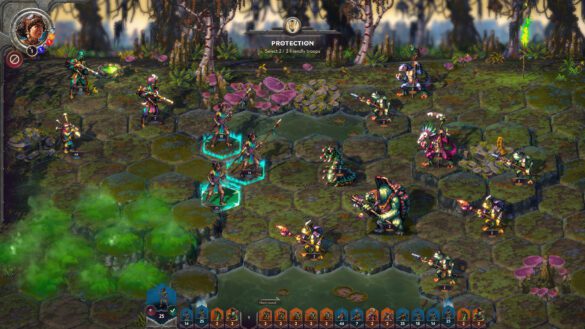 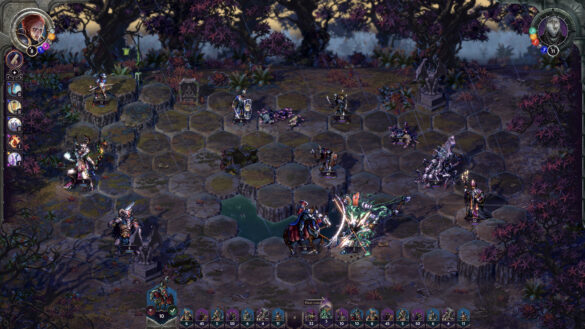 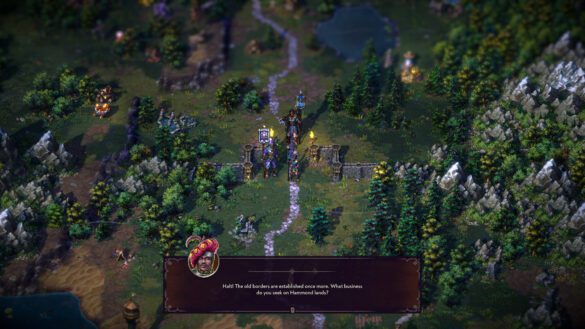 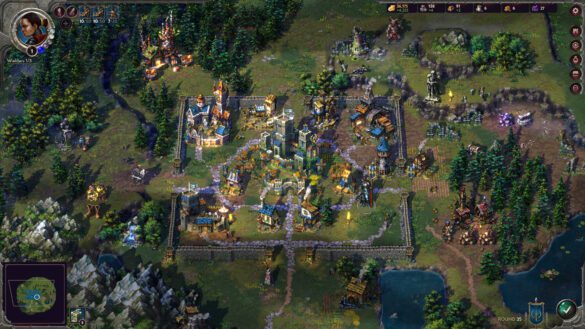 Songs of Conquests is a turn-based strategy game that combines elements of an RPG, tactical combat and kingdom management in one. Genre as such does not really have a specific name, but it is only natural to compare the Songs of Conquest to Heroes of Might and Magic, and perhaps mostly the third part of the series released in 1999, which is also generally considered to be the best HoMM game.

This genre – if it can be defined as such – has been sorely missing good titles. HoMM 3 came out in 1999, and is considered the best game in series, with other sequels never quite reaching the level of excellence. It reminds me a bit of the legendary status that Master of Orion 2 still has in the 4x space strategy genre, and as such it almost impossible to new games to ever quite match up to it. This results in the fans of the game being split into two camps; the one that knows nothing or very little about HoMM series and simply takes Songs of Conquest on its own merit, and the one that tries to hold up the game to the HoMM standards and measures. Personally, I played and enjoyed Songs of Conquests on its own merit. The comparison to HoMM is however quite important, and something I will get back to a bit later on.

What is Songs of Conquest?

As mentioned before, Songs of Conquest is an early access turn-based game with RPG elements, tactical combat and kingdom management of a smaller scope. I only vaguely recall HoMM games, having played them many years ago, but the visual and gameplay similarity between SoC and HoMM is undeniable, hence the “love letter to HoMM” sentiment and thus unavoidable comparisons to the older title. Therefore, I tested the game as it stood on its own, today, rather than making an actual 1 to 1 comparison to similar games from the past. For that reason I have enjoyed the game just as much as majority of players that have left a written review on Steam (currently the game sits at “very positive” with 87% positive reviews). Naturally, there was a strong nostalgia vibe that made me Songs of Conquest is visually beautiful, even though it is “only” pixelated art. It fits extremely well into the late 90’s vibe of HoMM. The maps, both the campaign and the battle maps, are done exquisitely. It is a huge enjoyment to hunt for the “shiny stuff”, claim villages and mines, loot treasure chests and engage enemies that are lurking around many  a corner. I have also enjoyed the music and the sound effects, and overall atmosphere is right on the spot.

You play as a wielder, a magic caster that is show as the leader of the army on the campaign map, but is not represented on the actual battlefield map – there, you are in background, casting spells and buffs. If your army dies, you perish as well. As you gain experience by moving around the map, fulfilling objectives and crushing your enemies, your wielder will also gain experience which will allow her/him to control more troops and upgrade their abilities and resistances. A fine balancing act is required between fighting as many battles as possible to level up while at the same time trying to keep as many soldiers alive as possible, since some of the campaign maps have limited resources and/or put you under some sort of time pressure. Your troops start off with weak militia units, rangers and foot soldiers that can eventually be upgraded to more advanced and more deadly specimen. There are small elevations on the battlefield that can provide advantage  to the range units, which are especially effective when the enemy enters their zone of “deadly range”. You will however want to keep them away and safe from melee units and close combat. Each unit also has a sort of zone of melee control, so that entering and exiting the squares near these units will result in automatic attack from them. 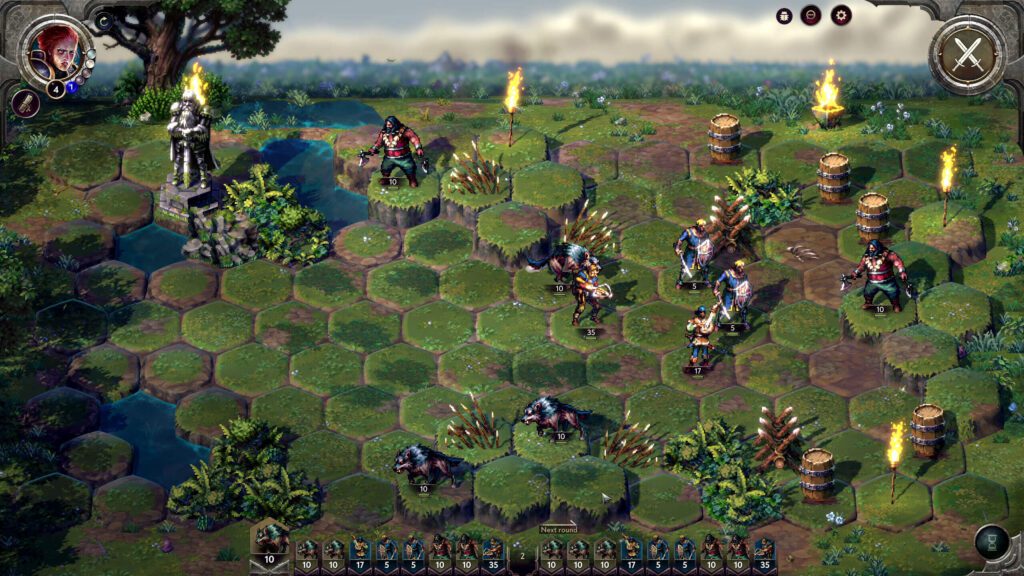 Battle maps are beautiful, but we could use more diversity when it comes to opponent types…

One more important thing to point out in otherwise simplistic and straightforward combat are the spells and buffs coming from the wielder. Based on certain attributes and your actions, the wielder will amass a specific amount of points that can be used to cast spells and buffs, which in turn can mean the difference between victory and defeat. Need to reach that pesky archer unit with your foot soldier? Extra movement buff. Need to steel your unit against a spear attack? Cast a defense buff. If you are patient and time everything well, you can pool a greater number of points and buff all of your units at the same time.

The music and sound effects are well done, and fit the game perfectly. Both the grand string orchestra on the campaign map with the dreamy background music score that follows you as you explore the map and upgrade your settlements as well as the action driven battle map scores perfectly underline whatever you are doing. Victory announcements, weapon and battle sound effects, troop movement, everything is done well and fits the overall 90’s gameplay style. I especially enjoyed that ominous vibe the soundtrack would assume at times, as if reminding you that you are in a world that is becoming increasingly dangerous, threatened by something that is not yet entirely manifested. Soundtrack alone is a pure 10 out of 10. 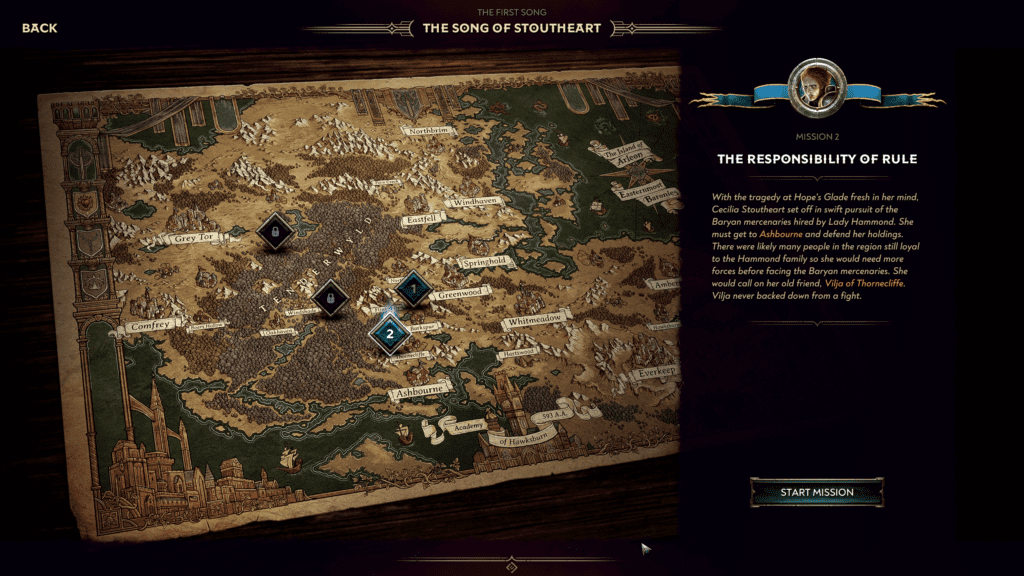 As you progress from map to map you will be able to claim mines and other single buildings at first, and settlements a bit later. These objects will generate a certain amount of resources per turn, such as gold, wood, stone, cloth and some other special ores. You will however need to protect them from attackers, lest you will lose the settlement and all the income they provide you with. As you upgrade those buildings you will also get access to better troops and their specific upgrades, which will make your life on the battlefield much easier. Initial militia troops are pretty much good only against very low level enemies and as a cannon fodder, but later game units such as knights become a deadly tool that can sway entire engagements to your advantage. 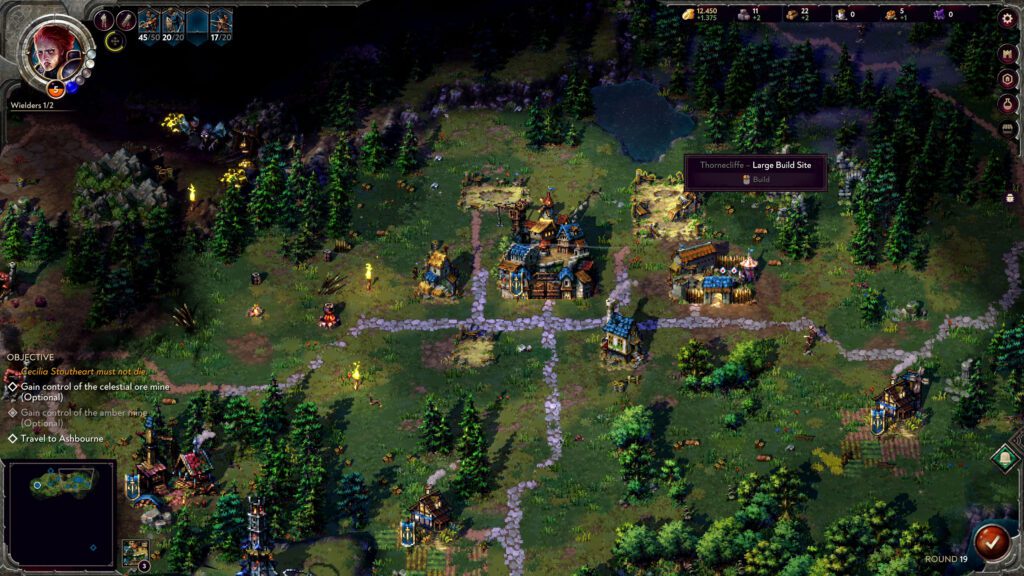 Kingdom management is nothing special in this game, and you are limited by what you can build due to the size of the settlement. Akin to many other strategy games that are based on campaign progress, the initial campaign will provide little to no settlements and thus very few opportunity to improve your army. In some missions you will amass huge amounts of gold but not really have the opportunity to spend it. Luckily, this is not the case the farther you get into the campaign.

Games like Songs of Conquest largely depend on the story, and in this case the story is… Underwhelming.  The main character, Cecilia Stoutheart, is a weird amalgamation of several concepts that poorly fit together, an odd mixture of seemingly disjointed perspectives. She is unrelatable on all levels, not so much because she seems to gleefully hack down all the peasants that dare rebel against her rule and dish out severe punishments to subordinates and her captives alike, but more so because none of this really gives an insight in her character. She is not a hero, but also not quite the anti-hero, and other than her wish to reclaim all the lands she feels to have the right to rule over. One ends up shrugging it off, which is a shame, because I ended up not caring about the story at all, and relating to no character in particular. Now, to be fair, storytelling and dialogue writing is hard. Keep in mind that Lavapotion, the indie team behind Songs of Conquest, is comprised of 4 designers and programmers, with some freelance artists thrown in the mix. I see triple A titles and movies these days coming out with such atrocious writing that it truly becomes “Mind bottling”. The writing ins SoC is by no means that bad, it simply does not rise to the quality of the rest of the game.

Now, the dreaded comparison to HoMM

OK, we have avoided the main topic long enough – how does Songs of Conquest fare when compared to Heroes of Might and Magic? Songs of Conquest resembles HoMM in visual and gameplay terms, and also has a lot of quality of life improvements that HoMM allegedly only received through mods, but it seems that (some of?) the old, hard-core fans (dare I call them that way?) of HoMM do not actually approve of SoC. In general, they still feel that the game is lacking some important feature, that the AI needs fine tuning and that the pace of the game overall needs adjusting. Once again, having not played the OG in many years, I personally chose not to make any comparison, even though the Songs of Conquest obviously wants to take the mantle of HoMM-style successor. It is often said that the imitation is the highest form of flattery, but even so, SoC has enough of its own merit to stand on.

Even in this opinion the HoMM fans are not united, and many feel as if the SoC is the sequel they always deserved but never got. So far, the only group of people that seem to have misgivings about the game can be defined as HoMM fans that expected and hoped for more from Songs of Conquest.

All things considering, Songs of Conquest is a great game worth supporting, and one that I have definitely enjoyed playing. It is still in early access, the developers seem to be dedicated to its further improvements and I am carefully optimistic about this title. With 30€/$30 price tag it might be a bit “spicy” for an indie title, but the majority of players considers this a worthy investment, myself included. 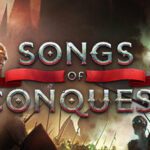 Game title : Songs of Conquest
Game description : Songs of Conquest is a turn-based strategy game in the style of Heroes of Might and Magic series, combining the elements of an RPG, tactical combat and kingdom building., It is currently in early access.
Have You Played