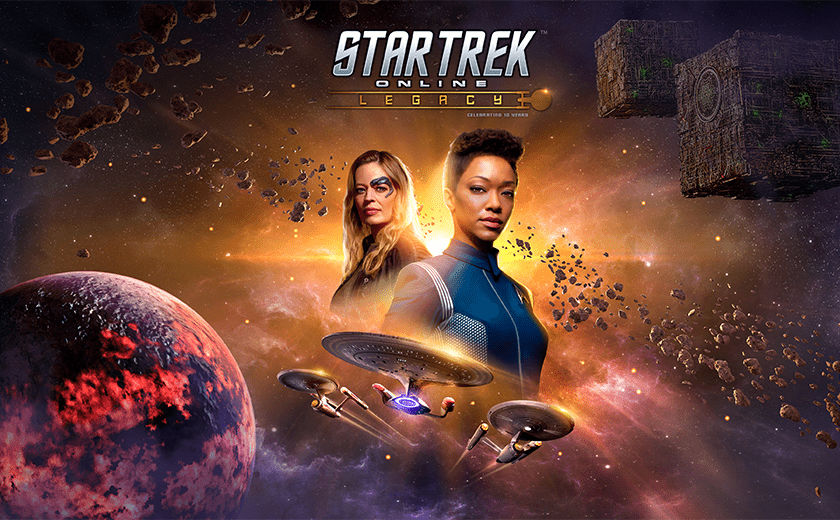 For the last ten years, Perfect World Entertainment and Cryptic Studios’ free-to-play space MMORPG has provided Star Trek fans from around the world with the opportunity to explore the Final Frontier from within. To celebrate this incredible decade-long anniversary, the team has created a new update that pays loving tribute to classic episodes dating all the way back to Star Trek: The Original Series.

Starting today, console players can explore two new featured episodes starring Seven of Nine (voiced by Jeri Ryan) from Star Trek: Voyager and the new Star Trek: Picard series on Amazon Prime, as well as Michael Burnham (voiced by Sonequa Martin-Green) from Star Trek: Discovery. By participating in these episodes and other special anniversary events, Captains can earn credits toward the T6 Khitomer Alliance Battlecruiser and in the coming weeks, discover a brand new space TFO.

Over the last decade, Star Trek Online has explored some of Star Trek’s most iconic series, including The Original Series, Voyager, Enterprise, Deep Space Nine and The Next Generation. Legacy takes console players on a nostalgic journey through the game’s ten-year history by resurrecting some of Star Trek’s greatest heroes and villains. The game’s newest update transports players to the planet of Excalbia, which fans may remember from the classic TOS episode, “The Savage Curtain.” Like Captain Kirk and Spock, players will be forced into an experiment to decide which is stronger: good or evil. In order to survive, Captains will need to team up with some of Starfleet’s finest, who represent the epitome of good. This includes former borg drone and U.S.S Voyager crew member, Seven of Nine (Jeri Ryan), plus the U.S.S. Discovery’s brilliant Starfleet commander, Michael Burnham (Sonequa Martin-Green). Star Trek Online: Legacy also features exciting new gameplay content for console players to discover, including:

In the coming weeks, Star Trek Online will also release “To Hell With Honor,” a brand new 5-player space TFO set on surface of the moon, where J’Ula and her Klingon forces are building a new shipyard for her fleet. Players will need to work together to destroy this base before enemy forces take them down with Mycelial weaponry.