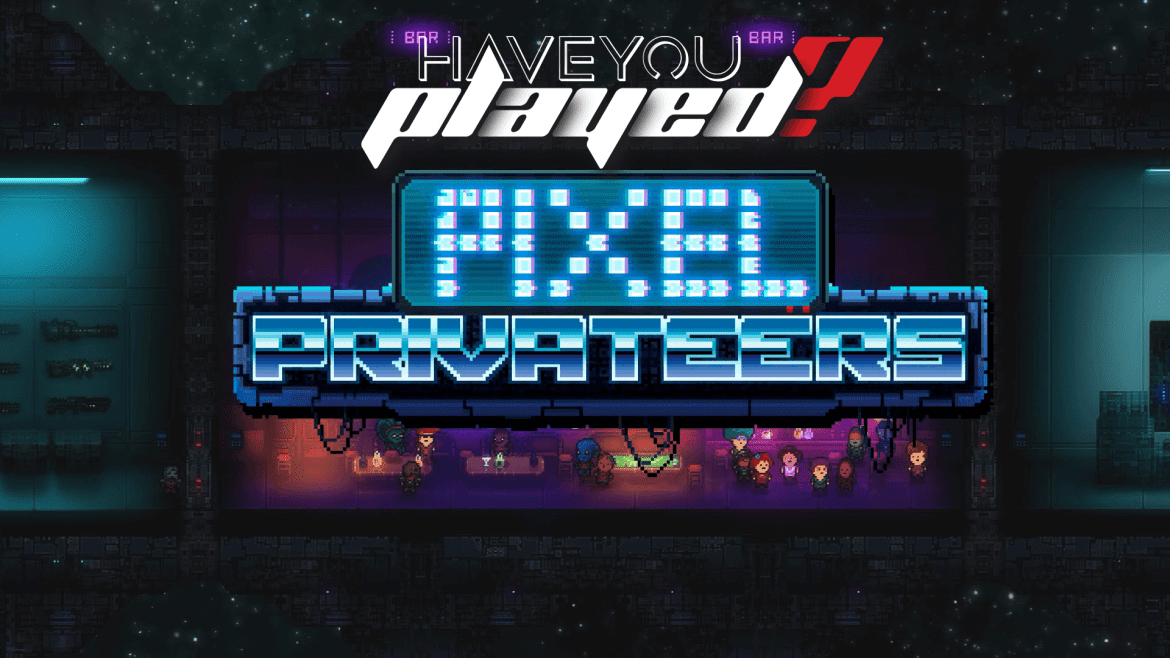 I love Pixel Privateers. They looted my heart and ran off to the stars.

I knew I would like the game, since I played the predecessor, Pixel Piracy, and liked it a lot. I remember it as a fairly hard game, one that was unforgiving when it came to making mistakes, but also one that was charming, fun and invigorating.

The game is bucketloads of pixelated fun; you take charge of your starship, the “Loyal Panda” fly from planet to planet, send your squad on away missions, kick alien butts, get “phat l00t”, equip your squad and take on bigger challenges. Simple, yet functional, and very rich in detail. You have a lot of freedom when it comes to gearing up your crew members, assembling teams best suited for the missions ahead, picking out the consumables to use as a final resort in boss fights. You are also free to fly your starship around the map, take missions in order as you prefer, choose what kind of loot you want to get as a reward and so on.

It is a hilarious game. Characters curse and taunt each other; story takes unexpected turns. There are references to other games, movies and pop culture in general. The pixelisation of characters and surroundings is not stopping you from immersing yourself in the game, but instead pulls you in this very fascinating atmosphere. I grew up a child of 80’s, the last of Generation X, and I started playing video games as a kind some 30 years ago, on Commodore 64. Graphic was always secondary for me, and gameplay and atmosphere took the first place.  Pixel Privateers took me back to that magical place with just the perfect mixture of difficulty, accessibility, fun and atmosphere I was used to from the “good old games”.

As I said, I loved it and can only recommend it. Watch the video, hope you like it, and make sure you check out the game on Steam.