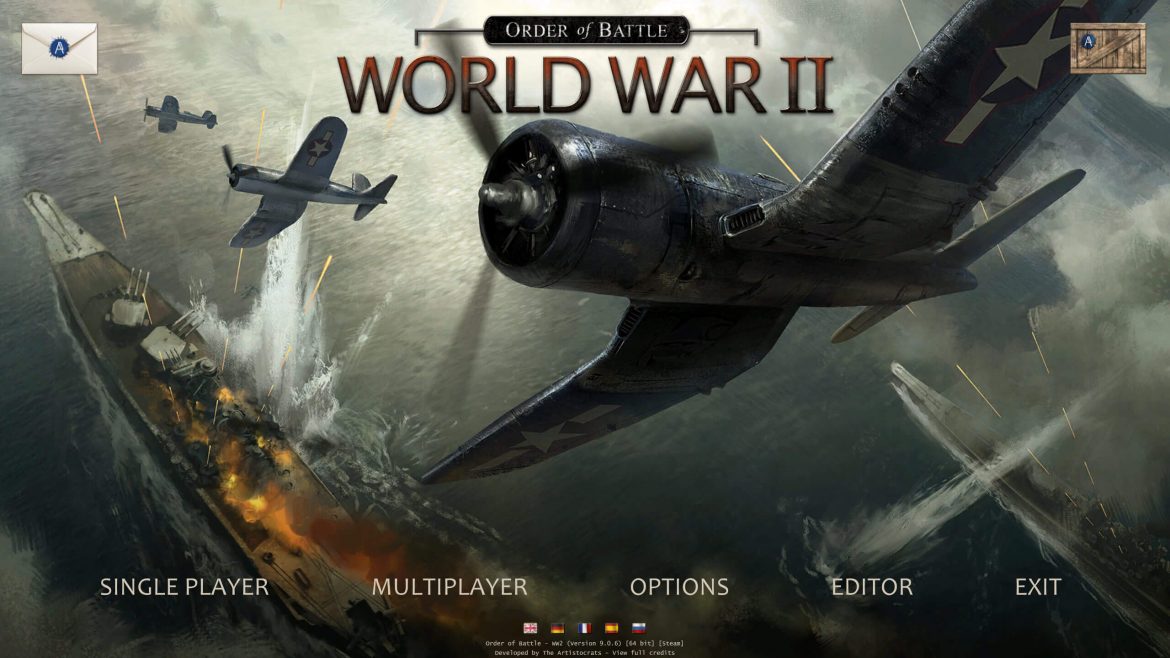 Order of Battle: Allies Resurgent is the second chapter of a trilogy of DLCs featuring World War II from the Allied perspective. The new campaign depicts battles in North Africa, the Mediterranean, and finally in Europe from late 1942 to early 1944.

The Operation Torch had its origins in the Arcadia Conference in Washington, D.C., in the winter of 1941–42 and at meetings in London the following July. Stalin was pressing the allies to open up a second front in Europe and thus relieve him and Russian forces of the enormous pressure that Wehrmacht was exerting upon them. During this time, two main ideas for the second front in Europe were prevalent, one from a portion of American strategists that was demanding for an attack into Europe after building up sufficient forces in Great Britain (favored by Stalin), the other stemming from British strategists and advocating for an opening of a second front in North Africa. Due to the American involvement with Japanese forces in Pacific, the second option prevailed Which was probably for the better. An allied invasion on mainland Europe in 1942 would have highly probably ended in a disaster. Maj. General Dwight D. Eisenhower, an excellent organizer and a gifted diplomat who went later on to become the 34th president of United States, was given the command over the Operation Torch. 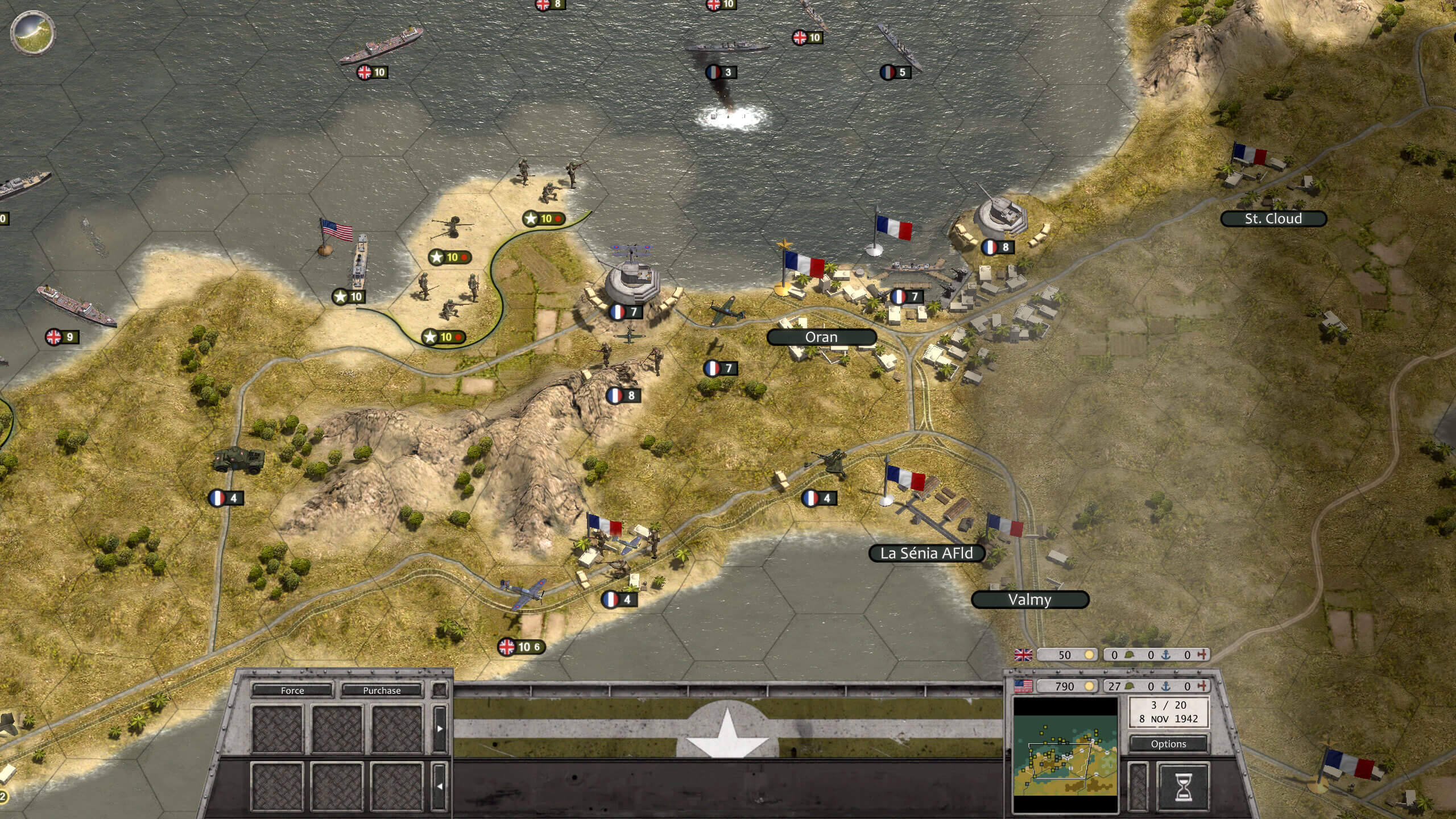 At the start of the campaign, you open up the initial battles against the forces of Vichy-France, before you engage battle-hardened Axis forces in Tunisia. Afterwards, the campaigns shift focus to to the advances of the British Eighth Army into southern Tunisia and their successful breakthrough at the Mareth line.

In the spring of 1943 you take command of combined US and British forces to retake the capital Tunis with the goal of driving the Axis forces outside North Africa for good, and eventually prepared for the attack at the “soft underbelly” of Europe.

In the final stage of the DLC’s campaign you lead allied ground forces to Europe, beginning with the amphibious invasion of Sicily and followed by the invasion on mainland Italy at Salerno. After that, the defeat of German forces at the Volturno line and, as final culmination, conquest of Rome. 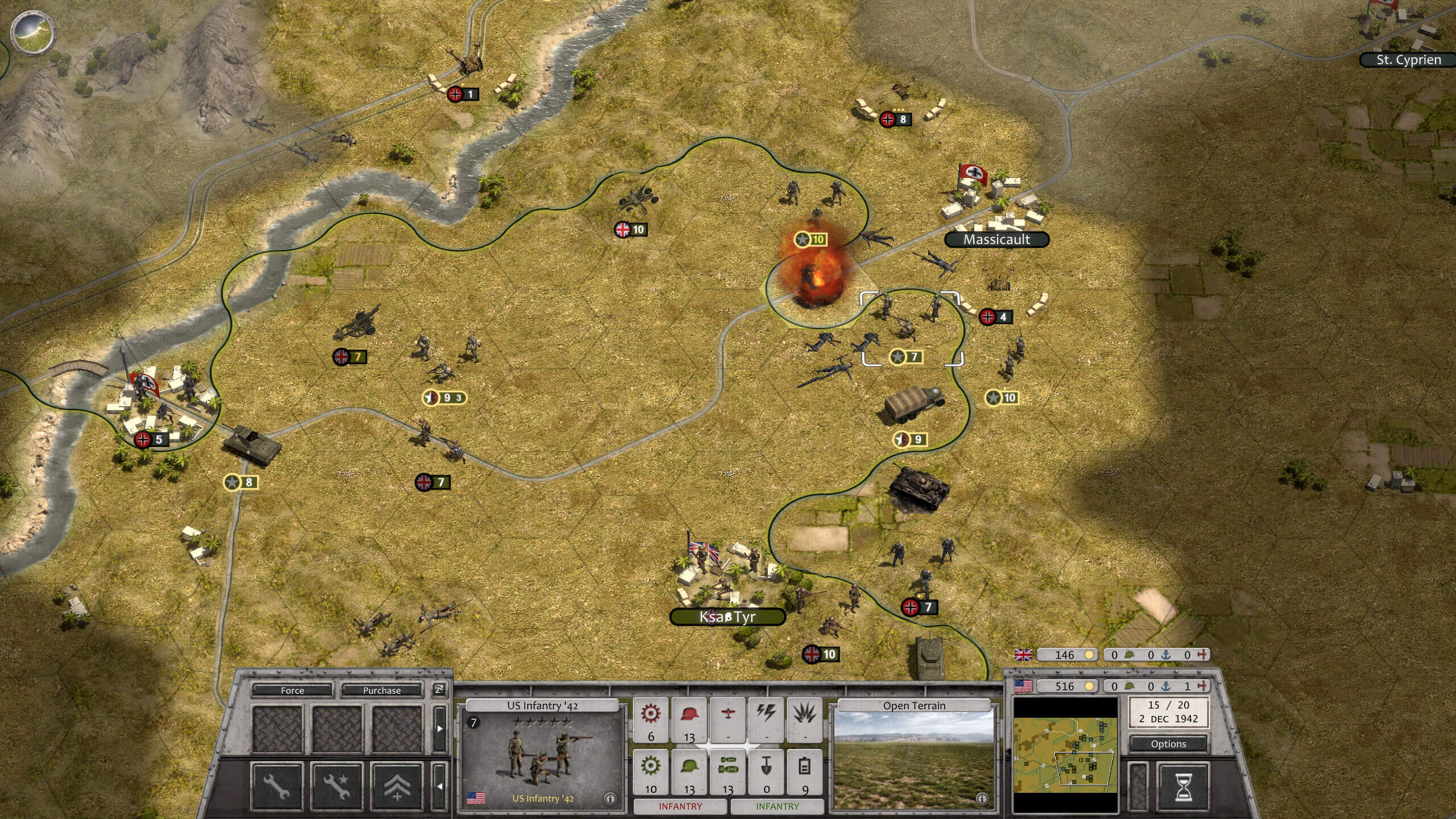 There is not much to say about DLC, except that it follows the same mold as the previous ones and delivers the same quality of the game as the previous ones. The somewhat derogatory term “periphery picking” that referred to allies’ cautious attacks on the very edges of the Third Reich’s territory finds its application in this DLC. In each mission, starting with the one where you as the allies fight against the Vichy France and hoping that they will not be too eager to provide serious resistance. You have 20 turns to achieve that goal, so make sure that your initial positioning and the spread of your forces is properly calculated. Keep in mind that reading every mission’s description is quite important, since you will be getting hints on what may happen; counterattacks can come quickly and throw you back long enough so that your victory comes into question, or that you at least fail in completing bonus directives. During the battles make sure that you purchase and deploy new units, responding appropriately to new rising threats. Keep in mind that Rommel and Afrika Korps in general were notorious for unexpectedly fast thrusts with their panzer divisions, so be careful not to stretch your lines too thin.

Overall, Allies Resurgent is yet another decent DLC for Order of Battle, although somewhat plagued by the bugs. Saves will be corrupted, tanks will suddenly no longer be able to shoot, and the balance seems a bit off. It is hard to say how much this will affect each player, but some other players have indeed reported much more difficult problems then I have faced.

You can order Battle Order: Allies Resurgent on Steam or directly from Slitherine Games.