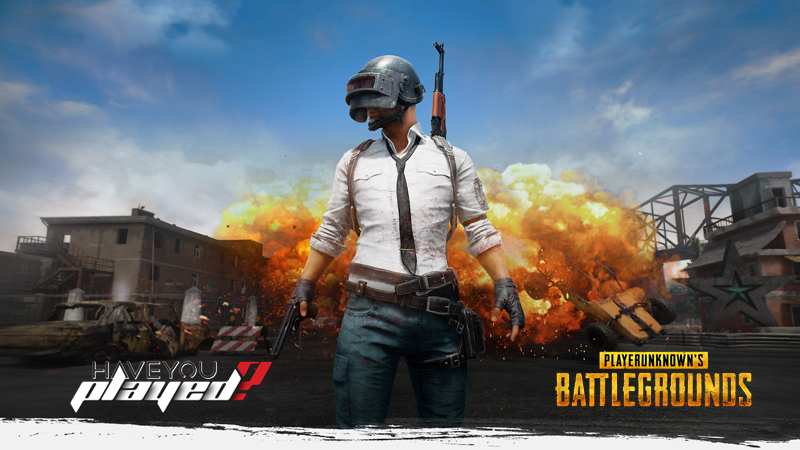 The following PlayerUnknown Battlegrounds Survival Guide will help you actually survive this Battle Royale shooter, or at least increase your chances!

I have fallen in love with this game and find it enjoying more than anything else I have played in terms of shooters for years, perhaps even forever! I hope to get better at it, and for this reason I am gathering this guide and making it as short and precise as possible.

You spawn in a freighter plane with up to 100 other players flying over a deserted island.
Hit M to show map and see the route the plane will be crossing the island.
You can set up markers to make your jump and descend towards these places easier,
Hit V to observe other players, switch from the plane’s interior and exterior, so you can see where the people are jumping out.
You can choose to jump out right in the beginning, and by doing so you will land within a crowd of other players. The chances are you might not live long enough to gear up and start working a strategy. If you jump with many other players in the same zone or village, there will be a chase themed “who will get a gun sooner”.

If you jump later on, chances are there will be less opposition and more opportunity for you to find better gear and weapons.

As you are falling, hit W to speed up your descent. It seems that by pressing the W repeatedly your avatar will fly farther on. You can look around while holding ALT so you can see other players dropping down. If anyone is landing close to you, make sure you see where they will touch ground and expect their advance soon from that direction.

Sprint to the closest house to see if it has any interesting weapons for you in there. Open and close the entrance door behind you with F. Open doors are invitation for other players to follow you inside. You should also close doors on houses you looted; make them waste their time checking those out as well.

If you enter a house and see most of the doors inside open, be aware that someone was there before you – might still be there, actually! Move cautiously.

Usually there will be weapons and ammo on the floor around the house. You can pick them up with F or hit TAB when close to them and transfer them to your backpack with the right click. When you have checked out the entire house, proceed to the next one. Try to keep the doors behind you closed.

As soon as you pick up a weapon, make sure to pick up the ammunition next to it. Load your weapon right away. Sweep houses with a shotgun or an SMG, if possible. Use sniper rifles for open areas.

Sounds are extremely important in this game!

If possible, play with a headset. Be advised, there are still bugs in the game as far as the sound is concerned. Sometimes you won’t hear other players running next to you. I have heard phantom sounds of a car around the house I was in. But even now, the sounds are working quite well for the majority of time.

Almost every kind of movement you are doing is creating sounds. This includes running, walking, crouching,  moving while prone, opening doors, reloading your weapon. So far only way to move without sound seem to be tapping forward button shortly (kind of stutter walk) or moving while crouched while aiming down the sight.

Crouching could become a little more quiet in the near future. (Personal speculation)

Cars are extremely loud and will alert people to your approach. Try to use them as little as possible and not while in the area where you assume there are more enemies waiting for you.

The physics of sound apply to the game. This means that sounds travels from the specific direction to you. The sound travels at speed of 343 meters per second. If you see a flash of weapon and hear the sound of the gun a second or two later, you can calculate how far away from you the shooter is.

NOTE: At the time being, there are still many bugs in this game that need fixing, so that people with different sound setups have different sound issues (doors being more or less loud, not being able to hear enemy players etc.)

There a melee weapons such as a crowbar and machete as well as a frying pan and a sickle.

You can have one single hand gun and two primary weapons, plus grenades and throwing gas cans.

Here is the list done by a Reddit user called AnarchySwitch depicting weapon damage in PUB. People are arguing that it may not be accurate yet, and the leg shots do not count as much as body shots (hence, arm shots might not as well.

As far as vehicles are concerned, they have their advantages and drawbacks, Major advantage: they are fast. If you find yourself at the end of the map with the player space contracting quickly, about the only thing that can save you is a fast car. Currently, the fastest one is the Dacia.

On the downside, cars are very loud. They alert everyone to your presence. I would recommend to ditch cars when approaching an area where you believe enemies could be.

Do NOT jump out of the moving car! You will hurt yourself, possibly even run yourself over. Embarrassing.

Have in mind that cars need fuel and you can find fuel cans in many houses for that extra mileage. But unlike weapons, which are always empty, the cars come with a specific amount of fuel in them.

Keep in mind the trajectory of the airplane when approaching the island. That way you can have a general idea where the majority of players will be.

Bombing runs. There will be areas that will be under random, periodic bombardment – you will able to tell where by the red circle on the map. You will usually be quite safe inside the house, but if you are in the open, scram to get out of the circle. Being in the red zone doesn’t necessarily mean you will die, but your chances are not big if you are on a open field without cover.

THIS IS WORK IN PROGRESS!

The game is currently early access. If you find anything wrong or you may think is wrong, let me know in comments. If you have additional tips, put them in comments and I will add them here, crediting you for that contribution.