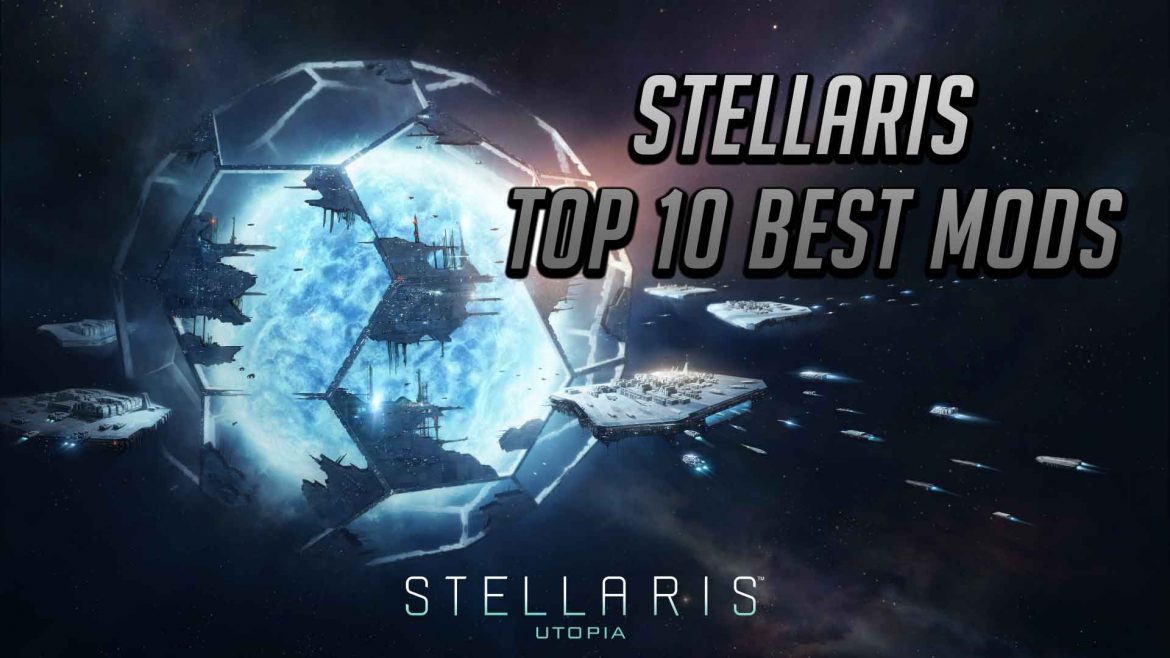 Stellaris is one of the finest 4x, grand strategy sci fi games ever made. It was developed and published by Paradox Interactive, company well known for amazing strategy titles such as Hearts of iron, Crusader Kings and Europa Universalis. They also made the game very mod friendly, so that fans had a much easier time creating an amazing amount of mods in a very short period of time. Here is our Stellaris Top 10 best mods of all time list.

NOTE: This list is up to date as of April 2019 and the 2.2.6 Stellaris patch. Many venerable mods have not been updated for this version of the game and this list is going to focus only on those that are still relevant and are being updated. 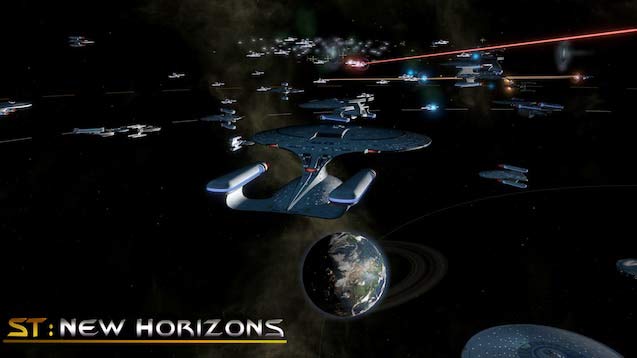 The best total conversion mod for Stellaris of all times is, without doubt, the Star Trek New Horizons mod.

This mod brings the Star Trek setting to Stellaris, giving the player the opportunity to take control of more than 70 canon Star Trek species, starting with humans, Vulcans, Klingons, Romulans, Cardassians, even Borg and Dominion! There are also 20 full ship sets for the main canon species, which means that you will get to see and command the iconic Federation, Klingon, Romulan and Cardassian ships, bringing the overall amount of unique ship designs to 400! Every species is lovingly designed according the lines of the Star Trek series and movies, immersing the player into a lovingly crafted, static map with 1600 star systems to explore and claim.

This mod is incredibly rich in detail, new events, traditions, research options and gameplay mechanics. When observing its complexity and quality, one has a hard time believing that this was a work of enthusiastic fans and not of a professional studio.

You can see the details about the mod and subscribe to it on Steam here.

You can also join their Discord here. 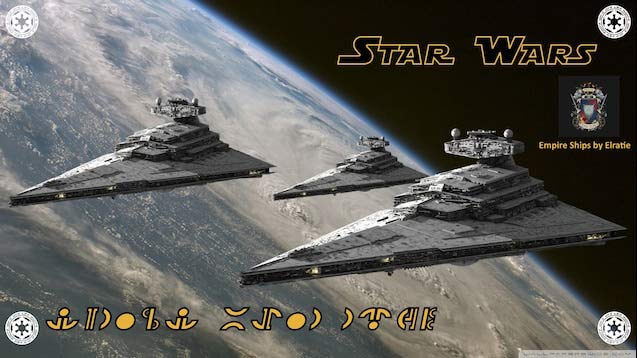 This amazing mod brings the Star Wars iconic ship models to Stellaris. It combines the Rebel Alliance, Galactic Empire, Old Republic, CIS Ships as well as Sith Empire and Mandalorian Republic ship sets into one single package. It doesn’t provide the experience of a full conversion mod, such as Star Wars Galaxy Divided did some while ago (before it stopped being updated and passed the torch along to Star Wars: Fallen Republic), but it certainly brings the Star Wars flair to this awesome grand strategy.

You can get the Star Wars Ships for Stellaris here. 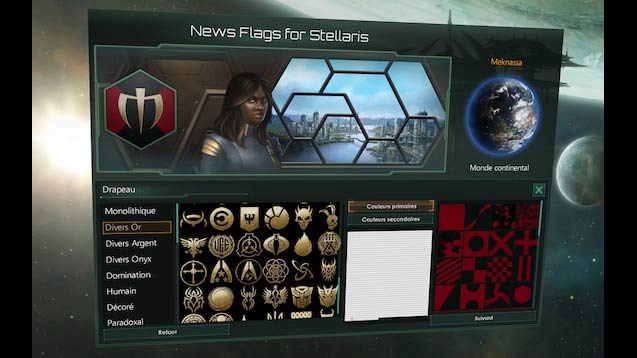 Now, you may think that a cosmetic mod that simply provides for additional flags and emblems in a strategy game wouldn’t be interesting to the player base… And you would be wrong. One of the key elements of success of Stellaris is its love to details, and this mod further enriches it by adding a huge number of flags and emblems players can use while customizing their own race. Another positive thing is that this mod is actually compatible with the Ironman playstyle, meaning that you can use it, play on Ironman difficulty and still get the achievements.

You can get the Flags and Emblems for Stellaris mod here. 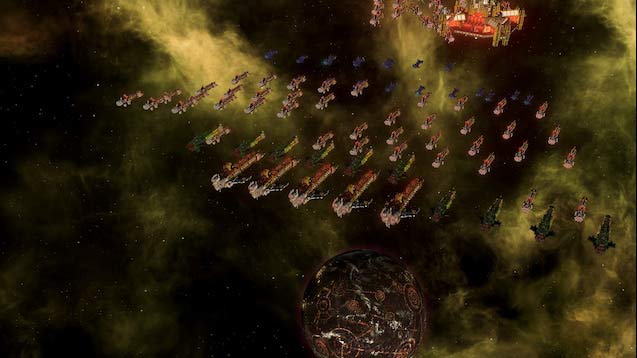 Being a great fan of the cruel Warhammer universe I naturally enjoyed the Warhammer 40K Total Conversion of Stellaris.  This mod brought in a static map with 1200 systems, 35 pre-scripted empires, unique ship sets for major species and a ton of other gameplay related features. This mod pulls you into the Warhammer universe and delivers absolutely when it comes to the atmosphere and the feel of this specific IP. Definitely one of the “must try” conversion mods.

You can get Warhammer 34M Split Imperium here. 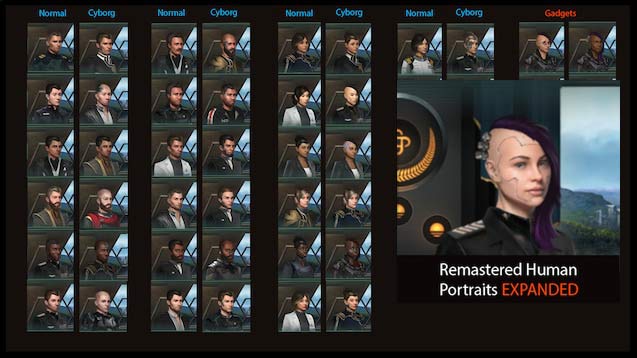 Expanded portraits is not a major game changer but still a great visual addition to the vanilla Stellaris game. It is amazing what dedicated fans with serious designer skills can do!

You can get Remastered Human Portraits Expanded here. 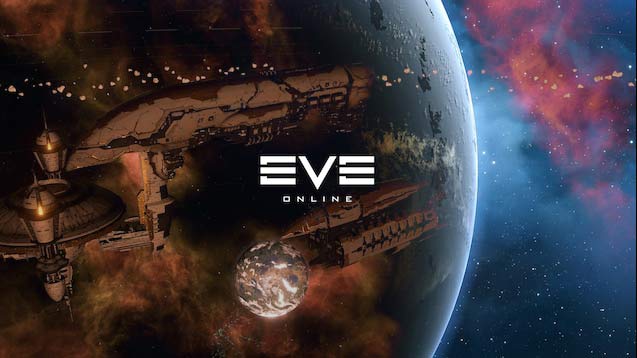 I was a die hard fan of EVE Online since 2005; this dog-eats-dog MMORPG is as cruel as it is beautiful. Naturally, having EVE Online sets of ships available in Stellaris is simply irresistible for someone like me. The four major factions of the game, the Caldari State, Amarr Empire, Minamatar Republic and Gallente Federation have uniquely styled ships that are simply a treat to observe in this game. It is a very fun Stellaris mod that EVE fans should definitely look into.

You can get EVE Online ships for Stellaris here. 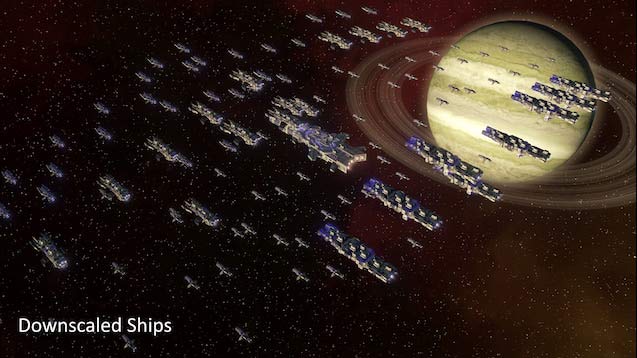 To quote the mod creators, the Downscaled Ships mod helps with some visual issues Stellaris is struggling with.

This mod fixes a couple of problems with the default visuals:

You can get Downscaled Ships here.
https://steamcommunity.com/sharedfiles/filedetails/?id=687037851 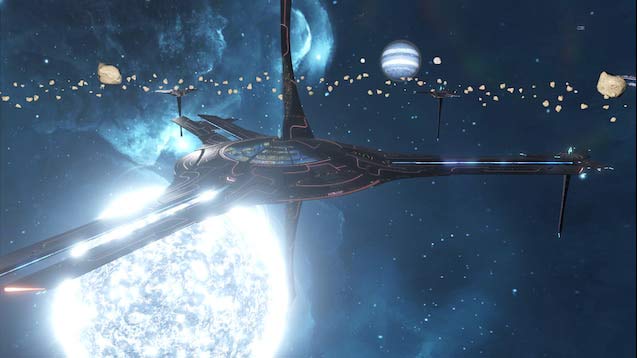 Fans of mass Effect? We got you covered!

The Asari Civilization is a Stellaris mod that adds the Asari species from Bioware’s Mass Effect franchise into the game. They come with a custom shipset, several portraits (and a lot of clothes), pre-generated empires and more. Personally, I like the esthetics of this mod even though I was never a particular fan of Mass Effect.

You can get Mass Effect Civilizations here. 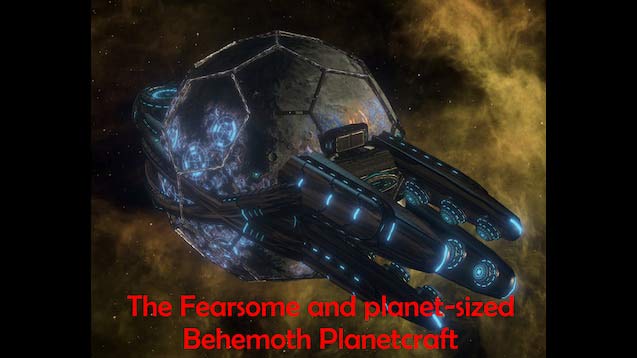 This mod aims to expand on the concept of megastructures by adding more megastructures the player can build, which consist of five “gigastructures” (structures larger than a ringworld or a Dyson’s sphere), and three mid-game science megastructures (One for each field of science) that give bonuses to various things like shield HP, and it also adds various other megastructures that don’t really fit into a category.

Because the size DOES matter.

You can get Gigastructural Engineering here. 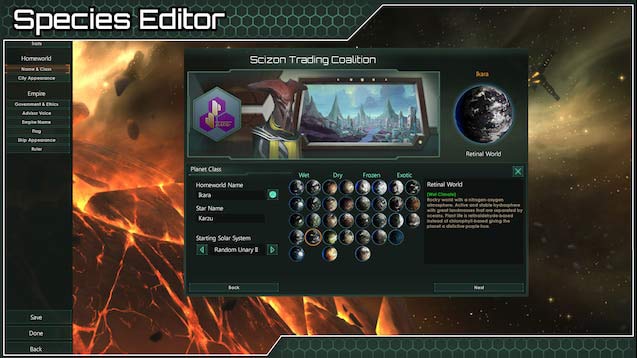 This mod adds around 30 new planet types to the game. Majority of these are common worlds with events, but there are also Gaia worlds, rare worlds and exotic type planets. One more mod that can be used in combination with others in order to enrich the game.

You can get Planetary Diversity mod here. 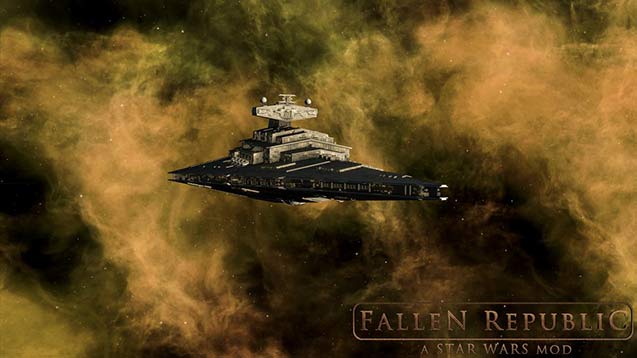 Star Wars: Fallen Republic is the “New Hope” for the Star Wars mod for Stellaris. It is currently – as of March 2019 – still in the works, and the same team that created Star Trek: New Horizons is working on this mod as well. If it is anywhere near as good as ST:NH, this mod will be downright incredible. And yes, the natives are getting restless and impatient!

What do you say? Do you agree with this Stellaris top 10 best mods list? Have we missed out on something important? Let us know in comments below if there are any mods you think we should follow upon!