Ecape from Tarkov – AS VAL is the best/simplest gun in EFT! 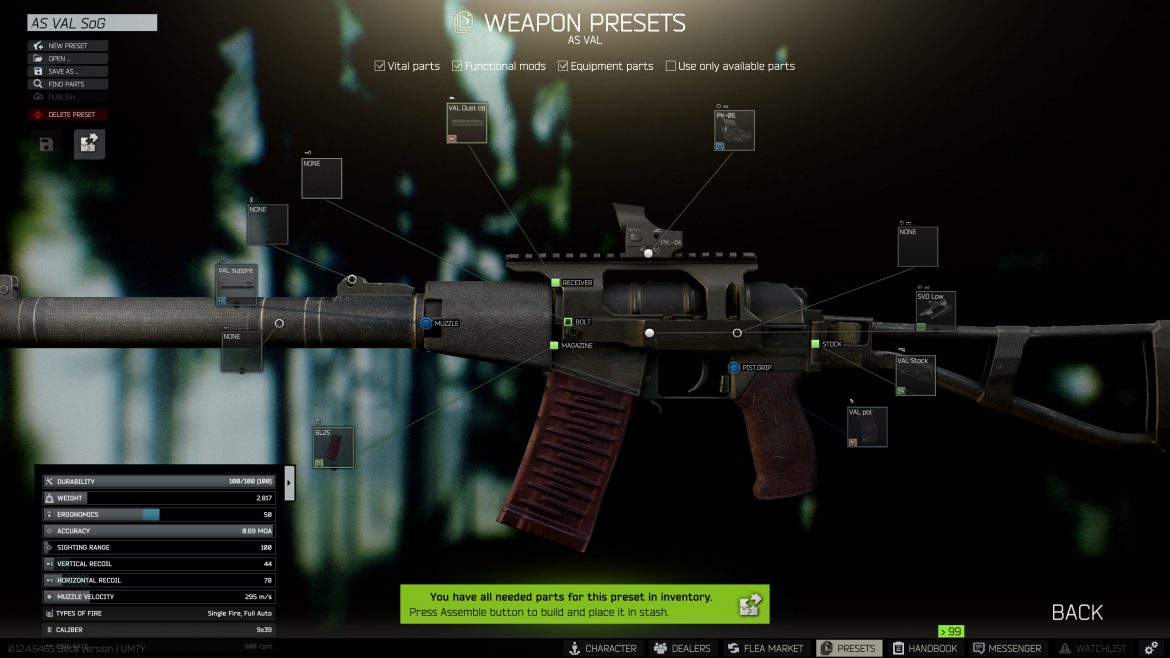 AS VAL is one of the simplest builds with high return on investment in Escape from Tarkov.

AS VAL basic weapon as the foundation for this build is around 70K on the flea market or you can get it from Prapor at LVL4. As VAL is amazing for several reasons.

First, it is suppressed. I have a soft spot for suppressed weapons, always had, always will. Might not be the most ultimate logical reasoning, but there it is.

Second, it has a very low “out of the box” recoil, both vertical (44) and horizontal (78). This is what we once used to call a laser gun (but not the Star Wars variety, since those kick like mules; actually, more like a Star Trek phaser!).

AS VAL Ammo and attachments 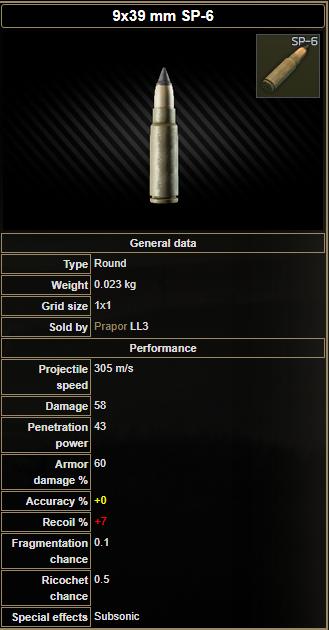 There is a number of mounts you can set on the AS VAL, such as OKP-7 or Cobra, but I went with a tip of another streamer and took the SVD low mount, since it does not obfuscate so much of the view. Finally, just slap any sight you want or happen to have on you, I usually go for PK-06 or something along the lines, but you can feel free to fill in the blanks.

Here is the final screenshots of AS VAL Build details: